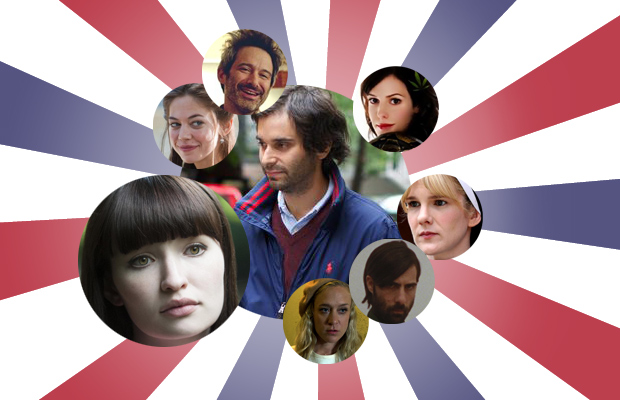 With Winnie The Pooh and the possible adaptation of The Names set up for the foreseeable future, Alex Ross Perry did what any antsy, film-per-year paced filmmaker would do: greenlight an entirely new project. Landing an impressive ensemble cast and huge team of producers, according to Deadline the under-the-radar Brooklyn shot production which wraps up this week sees the filmmaker reunite with Jason Schwartzman amongst Emily Browning, Adam Horovitz, Mary Louise Parker, Lily Rabe, Chloe Sevigny and Analeigh Tipton. Relationship dramedy Golden Exits will be produced by Perry, Adam Piotrowicz (Queen of Earth) and Faliro House Productions’ Christos Konstantakopouos (Little Men) and part of the clan of producers in different capacities we find Forager Film Company’s filmmaker Joe Swanberg and Eddie Linker (Happy Christmas), Bow + Arrow’s Matthew Perniciaro and Michael Sherman (The Childhood of a Leader), Washington Square Films’ Josh Blum and Katie Stern (Francine) and Webber Gilbert Media’s Peter Gilbert (Unexpected).

Gist: This is described as an intersectional narrative of two families in Brooklyn and the unraveling of unspoken unhappiness that occurs when a young foreign girl spending time abroad upsets the balance on both sides.

Worth Noting: It hasn’t been confirmed yet, but we imagine that Perry worked alongside longtime dp Sean Price Williams. We look forward in seeing which film stock or format that they shot in.

Do We Care?: Building himself a solid resume with idiosyncratic film items such as The Color Wheel (review), Listen Up Philip (review) and Queen of Earth (review), this will be high up on our must see American indies list for 2017.