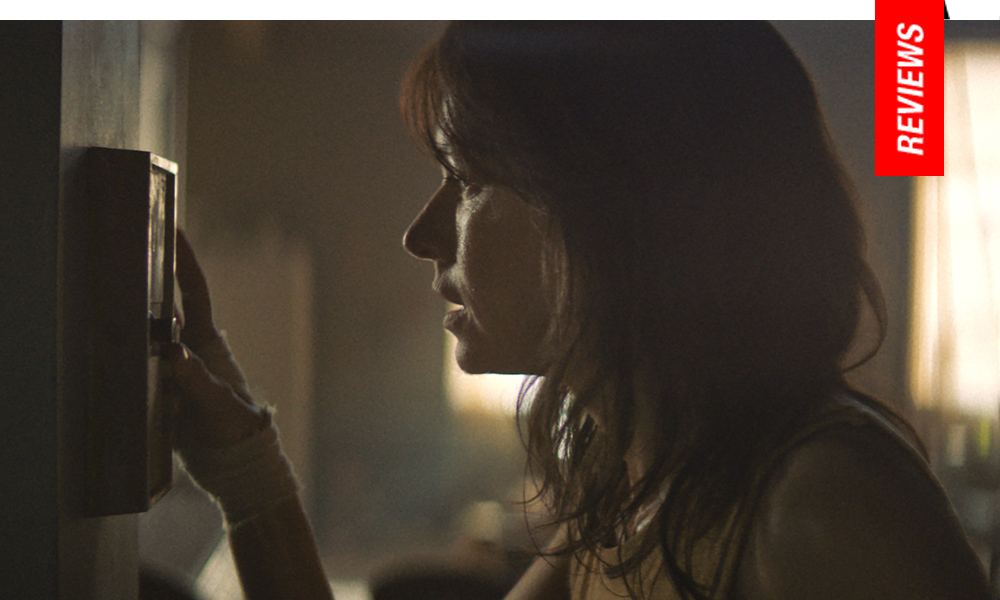 Director Alistair Banks Griffin revisits one helluva hot summer in the city with his highly anticipated sophomore feature The Wolf Hour, arriving nearly a decade after his lauded 2010 debut Two Gates of Sleep. A woman named June seems to be dying a slow death in a dirty hovel during July of 1977 in the South Bronx. A staggering heat wave aggravates a city already ill at ease, violent tendencies birthing the onslaught of serial killer David Berkowitz’s infamous Summer of Sam, and we’re introduced to an unrelentingly grim landscape which seems to be absorbing its protagonist, a troubled woman suffering from agoraphobia while a decade-old trauma continues to haunt her. Like a well-written novel, Griffin builds the literal interiority of his nervy, frustrating character study, a painstaking study in paranoia and claustrophobia which immediately earns a significant slot in the subgenre of apartment/home-bound heroines battling with the prospect of madness. An allegory juxtaposing the crumbling mutation of the external vs. the internal façade, Griffin returns with a brooding narrative locked inside a now-unfashionable tradition of psychological intensity.

Outside on the streets below, brunette women of a certain age are being targeted by a serial killer called the Son of Sam. Inside of her sweltering Bronx apartment, once-celebrated author June E. Leigh (Watts) warily eyes the outside world as she withers away inside a dilapidated space filled with her dead grandmother’s belongings. As a potentially insidious stranger continually rings her doorbell, June’s paralyzed state of mind seems to be due to distressing events from her past, which is confirmed thanks to a surprise visit from her old friend Margot (Jennifer Ehle), shocked to find June in a supreme state of squalor. But June’s standoffishness drives Margot away, and she’s forced to find emotional necessities in the trust she builds with delivery man Freddie (Kelvin Harrison Jr.) and a male prostitute (Emory Cohen). As her money dwindles, June is forced to reconsider her trauma to pen the draft to her second novel, now four years overdue.

The yellowed walls of her grandmother’s South Bronx apartment, once a welcome reprieve in post-WWII New York, have become a literal and figurative prison amidst urban squalor, as evidenced by a quick glance outside June’s apartment window. The hum of flies, the sweat on her brow, and the sinister alarm generated by the dilapidated door buzzer are immediate cues of the unsettled mind of Watts’ troubled character, a chain-smoking woman who was once a celebrated counter-culture figure a decade prior thanks to the publication of her first novel The Patriarch, which generated considerable drama in her personal and professional life. The details we’re fed on this period are scant, and supplied in short, tangential bursts.

The most illuminating bit is when Ehle’s Margot aggressively re-enters June’s life, a woman who was once a literary contemporary (to whom her novel was dedicated) but whose resentment at being overshadowed adds a complex strain to the reunion, with certain notes of Schadenfreude on Margot’s end. Berkowitz, though mentioned in radio broadcast, becomes merely one of many free-floating elements of menace, and a sexual liaison with Emory Cohen’s gigolo (arguably the most wooden exchange) quickly dispels the notion of June’s fate as a murder victim. Instead, as Billy suggests, perhaps the unknown caller is simply the universe’s way of inviting June back into the world.

The Wolf Hour gladly recalls a tradition of claustrophobic cinema hellbent on examining the female psyche under extreme duress, and while snippets of Roman Polanski’s famed Apartment Trilogy (Repulsion; Rosemary’s Baby; The Tenant) certainly comes to mind, so does Charlotte Perkins Gilman’s classic story of madness “The Yellow WallPaper” and perhaps a bit of the industrial/urban decay of a similar inheritance dynamic in Andrew Dosunmu’s Where is Kyra? (2017). Add to this a generous amount of screen time for Naomi Watts, who delivers with a cagey performance elevating this as more than merely another man-made structure of the hysterical female, a wary, pensive and indefatigably difficult character whose only real warmth is evidenced through interactions with the grocery delivery man (Kelvin Harrison Jr., who portrays Watts’ adopted son in the upcoming Luce), a figure she’s attracted to initially by the scars evident on his exterior. Her standoffishness recalls the bitchy, bedbound Barbara Stanwyck in 1948’s Sorry, Wrong Number, wherein an unhappy and ill woman, like June, deals futilely with the police when trying to report a crime (a policeman with a troubling quid pro quo scenario in mind ends up being the most direct threat of physical menace here).

And while the near solo setting lends some of the more leading passages of dialogue into staged theatricality, The Wolf Hour recalls expertly conjures a certain period while delivering a somewhat exaggerated recuperation of an oft-romanticized city and its considerable literary landscape. Its final descent envisions the notorious New York electrical blackouts and an apocalyptic, Purge­­-like landscape as parts of the city begin to burn, with The Wolf Hour succeeding as a compelling conversation piece on authorship, intention and our oft-limited search for meaning

Reviewed on January 26th at the 2019 Sundance Film Festival – NEXT Program. 99 Minutes