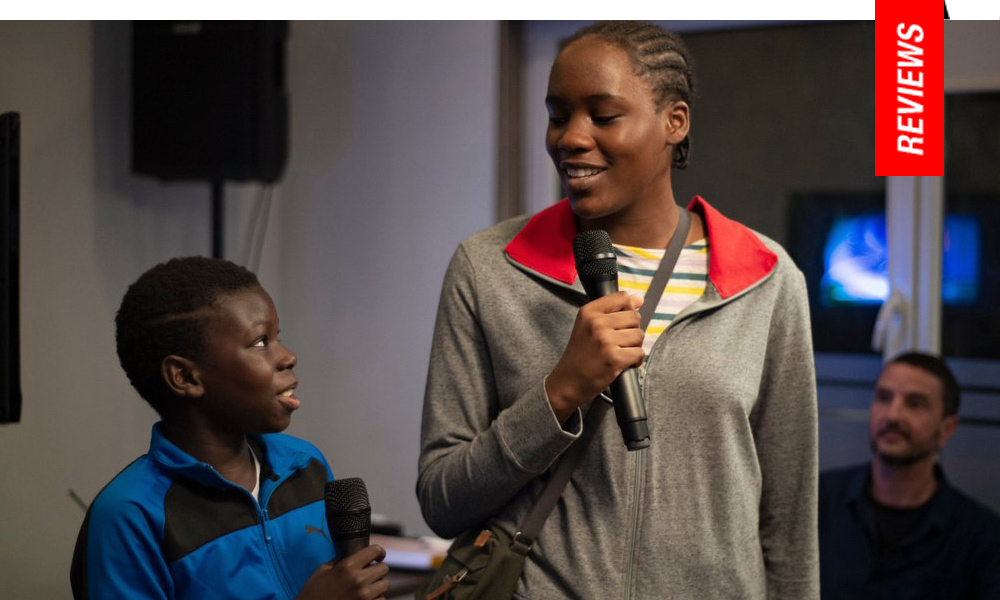 Suffer the Children: The Dardenne Bros. Trend of Neorealism Continues in Dismal Portrait of Migrant Children 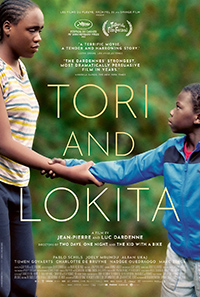 The Dardenne Bros. have built a significant filmography showcasing the plight of women and children attempting to navigate impossible situations, most often due to modern bureaucratic issues and the detached parties enforcing them. Their latest, Tori and Lokita, bears all their signature flourishes, centered on two children in an unnamed Belgian city after making a dangerous trek from Cameroon via Sicily. Although not biologically related, they have adopted one another as brother and sister, but the world around them seems preoccupied with tearing them down.

As is also customary for films by the Dardenne Bros., a majority of the film’s anxiety laden running time is spent waiting for an inevitable tragedy to occur, and their latest happens to be one of their most troubling, continuing in the vein of 2019’’s controversial Young Ahmed by focusing on just how dark the world can get, with little chance of reprieve.

Teenager Lokita (Mbundu Joely) is an immigrant from Cameroon trying to get her official papers in Belgium by proving she’s the older sister of Tori (Pablo Schils), a young boy she assisted on their journey to the country. Tori has received his papers for being persecuted as a sorcerer’s child, and as his biological sibling, Lokita would logically be able to receive citizenship as well. However, social services suspect she’s lying, which leaves the children to their own defenses. Living together in a sanctioned shelter and working on Fridays as runners for a dealer (Alban Ukaj) who works as a cook in a restaurant, Lokita tries to send money home to her own mother to assist with the actual brothers she left behind. But the smuggler (Marc Zinga) who brought her over harasses the children to pay their outstanding debt.

Without papers, Lokita is forced to be taken advantage of, both physically and sexually, in the city’s underbelly. In begging the ambivalent drug dealer for fake papers, in exchange she is forced to be locked away in a secret bunker for three months to tend marijuana crops. As the children are unable to contact each other easily since she’s not allowed a cell phone, Tori tries to make extra money for Lokita’s mother by stealing drugs from their boss and selling it at cheaper rates to his buyers—a plan which backfires almost immediately.

As usual, the child performances by newcomers Pablo Schils and Mbundu Joely are the exceptional driving points of the film, particularly Schils as the astoundingly resourceful Tori. He’s also given the more sensational backstory, deemed a sorcerer’s child since his mother died in childbirth (a common claim and persecution in their region). Lokita met him on the boat out of Cameroon, saving his life in a scenario of which the exact details are not revealed. The important part is their dutiful bond to one another. Lokita’s attempts to secure papers by claiming to be his biological sister have reached a dead end, with immigration officials failing to believe her claims, despite the pair of them practicing responses preemptively. Desperation immediately sets in, for without papers, Lokita will remain vulnerable as there’s no one else to turn to.

It’s a bleak world indeed, with drug dealing, sex trafficking and assault at the hands of the dealers and the constant threat of violence by the seedy smugglers. Lokita’s mother back home isn’t such a treat, either, but in a cycle of globalized disenfranchisement, it’s to be expected. While the children save this from being mainlined miserabilism, the Dardenne Bros. dip into modern day Dickensian territory. When tragedy finally strikes in the rushed denouement, its brutality is really no surprise, and we’re left with an intentional feeling of outrage and dismay.

The directors reunite with their Young Ahmed DP Benoit Dervaux, and anywhere Belgium is reflected as a series of backrooms and sterile spaces, where privacy and comfort aren’t to be found. The drastic methods Lokita accepts to get fake papers equals the cruelty of solitary confinement, worsened by her captors not bothering to explain or empathize at all. While there’s a sense of moving through the Dardenne Bros. oeuvre of knowing exactly what they’re up to with each new iteration of social issue subjects, Tori and Lokita does reveal new perspectives as their empathy extends beyond the scope of Belgian natives to shine on a light on their failed systems in caring for those displaced.

Reviewed on May 24th at the 2022 Cannes Film Festival – Main Competition. 88 Mins