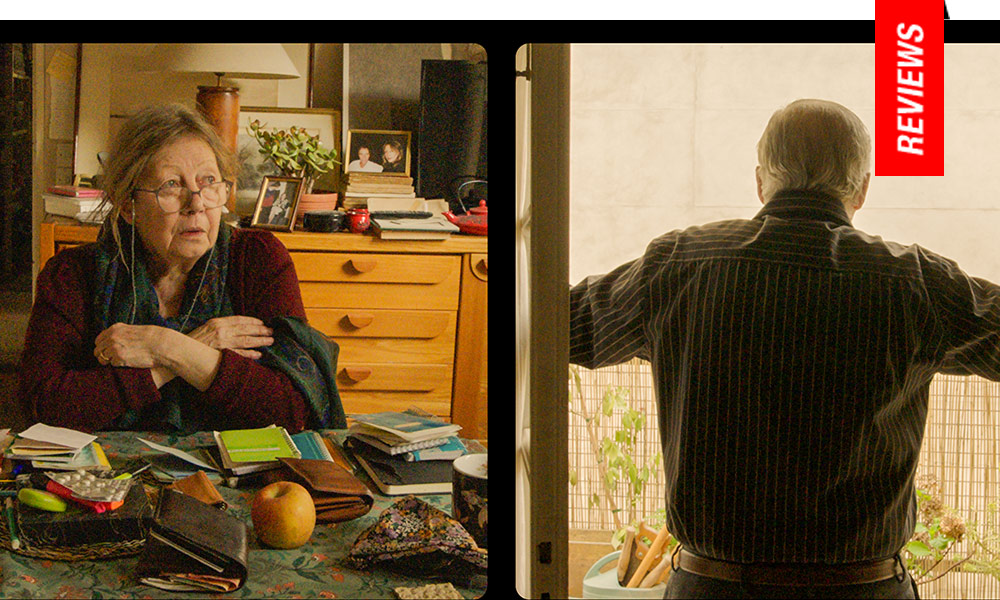 All That We See or Seem: Noe Delivers Devastation Through the Definitiveness of Death 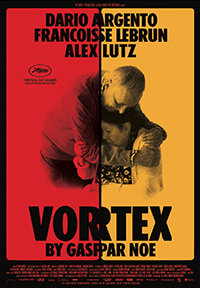 There’s no pleasure to be had, whatsoever, in the experiencing of Gaspar Noé’s sixth, and most harrowing feature, Vortex. Despite impressive lead performances from Dario Argento and (especially) Francoise Lebrun, or the arresting dual split screen employed by DP Benoit Debie, we’re far from the land of entertainment or even the excessive provocations Noe has built his infamy upon. To experience the film is to gaze into the void, which uncomfortably gazes back, for as much as it is Noe’s most disturbing feature, it’s also his most humane.

The narrative is simple, straightforward, and not entirely unfamiliar as it follows an elderly married couple in their final days as one slips into the whirlpool of dementia, a painstaking, fragile existence toppled swiftly, irrevocably. It’s a reality which cannot be escaped, and while Noe might be grappling with one specific scenario, it’s also a study on the inherent dysfunction of families, relationships and deferred dreams. Not so much cruel as matter of fact, it is Noe at his most distilled, where the escapism of dreams become the trap of nightmare, and then oblivion.

A long married couple exist comfortably alongside one another in a cozy, if indiscriminately organized Parisian apartment. She (Lebrun) is a retired psychiatrist who has begun to suffer from dementia. He’s (Argento) a film scholar and writer trying to care for her as best he can while working on a long-gestating novel. Their only son Stephane (Alex Lutz) has his own significant issues, in recovery while sharing joint custody of his young son Kiki. As his mother becomes more and more helplessly self-destructive and his father tries to escape into the arms of a long-time mistress who has also recently abandoned him, Stephane finds himself regressing, unable to assist his parents as he would like to. 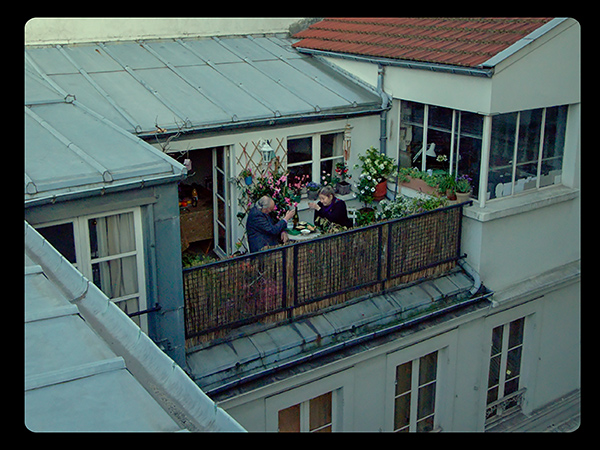 Noe dedicates the film, its credits played in reverse, ‘to all those whose brains will decompose before their hearts.’ In his way, it’s an exercise in erudition rather than provocation. Of course, his usual penchant for cinematic homage is on full display, with Argento’s character spinning in a circles writing a book on ‘symbolism and dreams’ he has failed to complete, the specter of Fritz Lang haunting his treatment of a vague synopsis appropriately titled Psyche (which itself sounds like a Noe film title, following Irreversible, Climax, etc.).

He evokes Edgar Allan Poe’s famed “A Dream Within a Dream” poem, but as a piece of art, Vortex personifies the essence of Dickinson. In our hustling and bustling, this is a text which halts our distraction, as if shouting “Because I could not stop for Death/He kindly stopped for me.” Debie’s split screen, which symbolizes, for the most part, when their psychological separation becomes literal, is one of many simple but highly effective visual motifs employed in the film. Noe’s fascination with a sense of the disembodied, which defined his 2009 masterpiece Enter the Void, is an element suggested in the final camera frame following an eerie montage of snapshots depicting a cluttered apartment slowly being emptied, voided.

Early audio snippets floating from the couple’s radio feature a conversation on how death requires the performance of a social ritual to properly respect the dead, or at least our memory of them. Compelling segments relating to how memory is constantly reorganized is a normal progression, whereas traumatic memory is trapped, unable to move, bolster the film’s eeriness as elements of these observations come to pass—-her mind has lost the ability to reorganize, while his in a tailspin, refusing to let go of his mistress, Claire, for instance.

Noe gives us just enough details about the couple, and their sober adult son Stephane, to keep us in a state of uneasiness. We’re unsure of who to side with, if such a move is even justifiable. Her ability to prescribe herself powerful medications because of her profession as a psychiatrist is certainly an interesting element, adding (as is Noe’s fashion) a differentiation between legal and illegal drugs, how both can be used to prolong or escape suffering. Ultimately, Lebrun demands the brunt of our empathy, devastatingly aware of her condition in one of the film’s most powerfully subtle moments. As son and husband squabble about what’s best for the future, her concern is how much of a burden she is, while everyone else seems inconvenienced by her condition.

Somehow, Noe outdoes Michael Haneke, the master of austerity, covering similar territory in 2012’s Amour, one of the only films which comes as close to eschewing sentimentality for the cold, hard truth about the end of life. If 2018’s Climax was Noe at his most vibrant to date, Vortex is his most exacting.