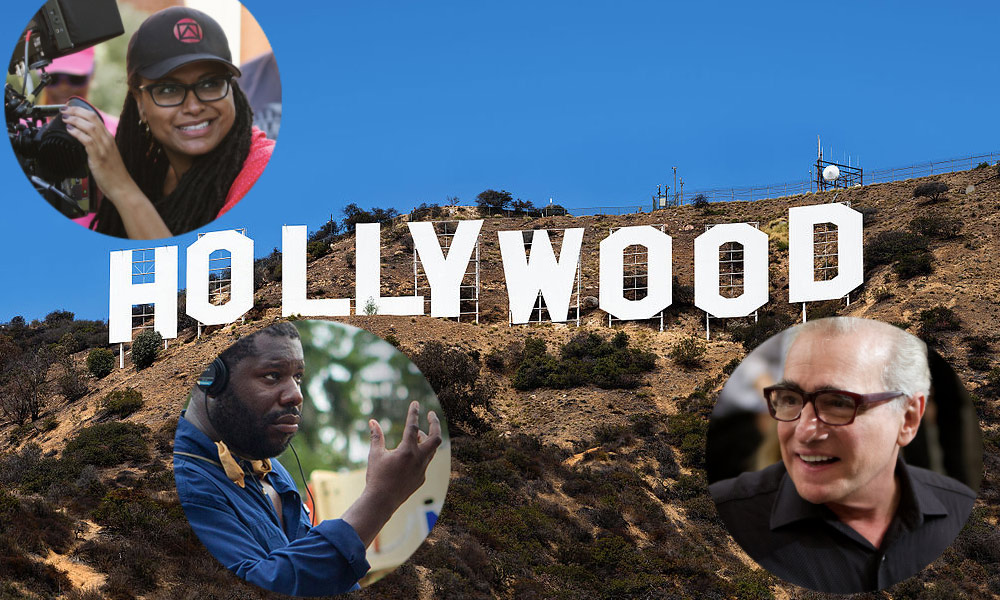 Looking forward to the theatrical pleasures of 2018, the Hollywood studio system seems mostly a foregone conclusion save for a handful of items which aren’t superficial remakes or endless franchise tentpoles meant to entice audiences to multiplexes rather than their streaming devices. And yet there are always a number of auteurs managing to navigate the difficult compromises and strategies of big budget studio offerings. Outside of niche market distributors which have begun to be auteur playgrounds (like A24, Annapurna, Amazon, Neon, Focus Features, Fox Searchlight Pictures, Sony Pictures Classics etc.), here’s a list of our most anticipated studio projects in 2018.

Within this list of twenty-five, we chart four women directors (which still seems paltry but is a jump from previous years), and a handful of remakes. While we still await the latest effort from Gerardo Naranjo, his 2011 breakout Miss Bala is being remade by Catherine Hardwicke (of Twilight and Thirteen). Actor Bradley Cooper has the high profile A Star is Born (October 5th), co-starring Lady Gaga on the way—the fourth version of a property in shoes previously filled by Janet Gaynor, Judy Garland, and Barbra Streisand.

Towards the tail end of our list, we have Garth Davis’ delayed Mary Magdalene (March 30th) project, the director’s follow-up to Lion, which headlines Rooney Mara (who has been hemorrhaging a number of high profile projects, backing out of Annette from Leos Carax and Vox Lux from Brady Corbet) and the troubled Freddie Mercury biopic Bohemian Rhapsody (December 25th), which saw Bryan Singer recently fired from production and replaced by Dexter Fletcher.

The only debut on the list is from writers Abby Kohn and Marc Silverstein, making their debut with the comedy I Feel Pretty (June 29th) starring Michelle Williams and Amy Schumer (though the headlining duo is the real reason for excitement here considering the last two scripts penned by the Kohn and Silverstein were The Vow and How to Be Single).

Several genre franchises are seeing auteur themed reboots this year, including Shane Black’s remake of the 1987 classic Predator, now deemed The Predator (August 3rd). A bit more inspiring is David Gordon Green’s tackling of Halloween (October 19th), which will see Jamie Lee Curtis return to her most famous role of all during the eponymous season in 2018. Also on the remake side of things is Robert Zemeckis with The Women of Marwen (November 21st), a live action take on Jeff Malmberg’s 2010 documentary Marwencol.

La La Land’s Damien Chazelle reunites with Ryan Gosling for his next feature, First Man (October 12th), while William Eubank scores Kristen Stewart and Vincent Cassel for his third feature, Underwater, arriving four years after his celebrated The Signal (read review). Foreign auteurs in the mix include France’s Yann Demange with his sophomore film White Boy Rick (August 17th) which stars Matthew McConaughey on top of an all-star cast (including Bruce Dern and Piper Laurie) in a reenactment of an undercover informant for the FBI in the 1980s—and Denmark’s Thomas Vinterberg, last seen with 2016’s The Commune and who adapted Thomas Hardy’s Far From the Madding Crowd in 2015, next seen with Kursk, starring Colin Firth, Matthias Schoenaerts, Lea Seydoux and Michael Nyqvist in one of his final screen performances.

On the genre side of the house, Rodrigo Cortes, last seen with 2012’s Red Lights, has Uma Thurman headlining his adaptation of Lois Duncan’s Down a Dark Hall, while Eli Roth netted Cate Blanchett for The House with a Clock in Its Walls (September 21st) (Roth also remade Michael Winner’s Death Wish, due in 2018). Alex Garland, responsible for one of 2014’s best films with his debut Ex Machina, returns with Annihilation (February 23rd), which has been graced with some troubled distribution woes, but sounds exactly like the kind of ambitious genre item studios need to be making. And the always dependable Luc Besson focuses on another original action heroine with Anna, a film which co-stars Cillian Murphy and Helen Mirren.

But perhaps the most exciting pattern evident in some of 2018’s high profile offerings are the black men and women in front of and behind the camera in a wide array of projects. Earlier in the year, Brad Furman tackles the investigation of Tupac Shakur and Notorious BIG’s murders with LAbyrinth (February 7th), which stars Forest Whitaker and Johnny Depp. And while a January release date isn’t perhaps the best indicator of quality (and neither is Babak Najafi’s last English language feature, 2016’s London Has Fallen), the Taraji P. Henson vehicle Proud Mary (January ) should be something noteworthy this winter, even if it does look like the blaxploitation remake of John Cassavetes’ Gloria (at the very least, it inspired one of the year’s best pieces of poster art).

We’ve steered clear of including any Marvel, DC, or other approximations of super heroes in our list—with the exception of Ryan Coogler’s take on Black Panther (February 16th), which features a tremendous cast led by Chadwick Boseman and looks to be every bit the first wave answer to the historical void of black leading roles in mainstream agendas. But in our top two slots, we anticipate the return of two formidable auteurs. Making his first narrative feature since the 2013 Oscar winner 12 Years a Slave, Steve McQueen returns with Widows (November 16th), a remake of a 1983 British miniseries, scripted by Gillian Flynn (Gone Girl) and starring Viola Davis, Andre Holland, Colin Firth, and Liam Neeson. Taking our number one slot is Ava DuVernay’s A Wrinkle in Time (March 9th), an adaptation of the celebrated young adult novel by Madeleine L’Engle scripted by Jennifer Lee (Frozen) and starring Oprah Winfrey, Reese Witherspoon, Gugu Mbatha-Raw, and Mindy Kaling.