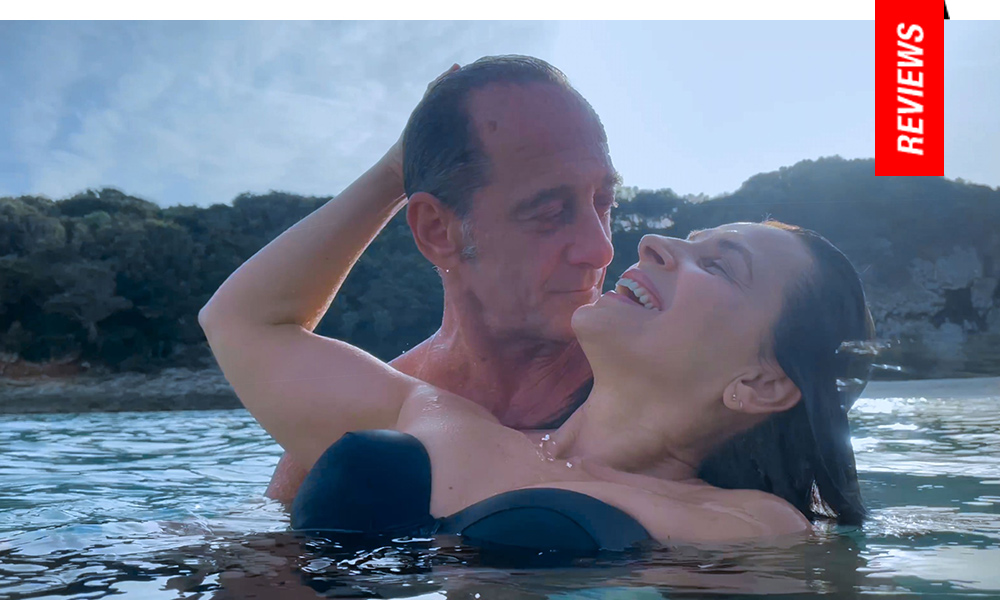 Both Sides of the Blade | Review

Lover Come Back: Denis Lets the Dark Side in Relationship Melodrama 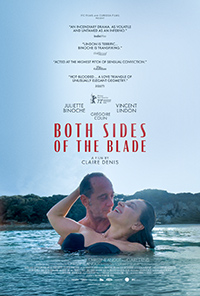 Three’s definitely a crowd in Both Sides of the Blade (Avec amour et acharnement), a pandemic adjacent melodrama from Claire Denis, who reunites with Juliette Binoche (Let the Sunshine In; High Life) and Vincent Lindon (Vendredi soir) as a contented couple upended when someone from their shared past resurfaces. In many ways, this plays like the twilight version of Denis’ Let the Sunshine In, also written by Christine Angot, featuring Binoche as a lovelorn woman seeking companionship in vain. It’s almost a shockingly slow build in the first hour as we navigate a quintet of characters and how they’re connected, all set to a soundtrack befitting a brooding thriller. But the mood is meant to match the interior rumblings of its heroine, a woman unable to vocalize her true feelings for a variety of reasons, the most important one being her selfishness. Denis plays with the innate likability and charisma of Binoche vs. the intensity of Lindon’s screen presence, and the result is an emotionally nuanced denouement which plays like an authentic portrait of long-term relationships and their tendency to result in strained or non-existent communication regarding feelings and desires.

Sara (Binoche) and Jean (Lindon) are in a committed, stable relationship of ten years. Though comfortable, he’s a bit skittish about sharing details concerning his son Marcus (Issa Perica), who is raised by his mother (Bulle Ogier) due to his incarceration regarding a vaguely defined ill-advised venture. Prior to being with Jean, Sara was in a relationship with his best friend Francois (Gregoire Colin), who suddenly resurfaces, sending Sara’s emotions into a tailspin. As Francois approaches Jean concerning a position as a middleman at his new sports recruiting agency, Sara’s concealed emotions for Francois are unleashed, compromising her relationship with Jean.

Denis spends the first half of the film slowly doling out information about Jean, Francois and Sara. Initially, it seems Sara and Jean are having the time of their lives on a sun-dappled vacation, but clearly this is not the case. He’s unable to communicate effectively about his biracial son Marcus (Issa Perica), who lives with his grandmother (Bulle Ogier), much to Sara’s chagrin, while she doesn’t bring up her own related issues concerning ‘white thinking’ in one of a couple interviews she gives at work. But these are small threads which lead to the more catastrophic issue—-Sara’s feelings for her first love, Francois, whose return causes her life with Jean to unspool rather quickly. It’s amazing how adept Angot’s script feels regarding stifled conversations, played effectively by Lindon and Binoche, who spend their time talking in circles or in code. This makes for a rather frustrating first hour until we come to realize the extent of Sara’s gaslighting of Jean.

Binoche is utilized quite brilliantly as Sara, especially as her own perspective isn’t exactly untoward—she just doesn’t have the courage to be transparent with Jean and thus compromise the stability he’s afforded for the past decade. Details are muted concerning the crime which landed him in prison, but it paints a portrait of a man made vulnerable, stretched thin across an impossible set of standards he can’t possibly meet, including for his troubled son.

Bulle Ogier is always a pleasure to see on screen, though she has little to do as a caring but fussy grandmother. Denis regular Gregoire Colin is the returning lothario, but this is really a Binoche/Lindon vehicle, as evidenced by their increasingly agitated conversations, playing out like the middle-aged rendezvous of Jules and Jim. There are plenty of films detailing troubled relationships, but so rarely do we get to see a woman being so unabashedly brazen and selfish. While Binoche’s Sara isn’t exactly exemplifying behavior to celebrate, she’s also refreshing and resplendent. Lensed by Eric Gautier, this isn’t Denis’ most visually lavish production, per se, but it’s an intimate face-off between lovers left alive, featuring another perfectly resonant score from Tindersticks.