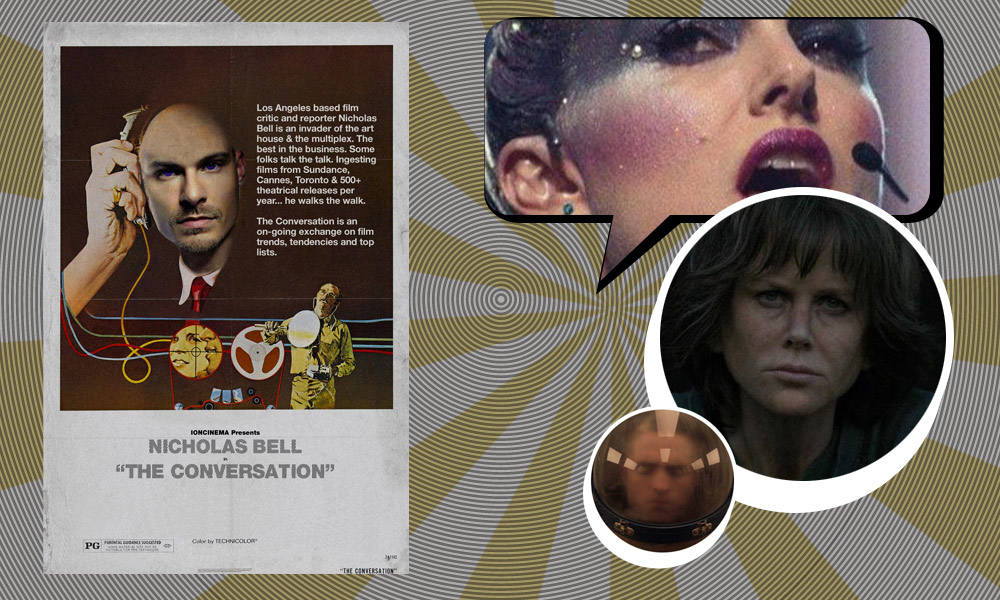 As the Toronto International Film Festival continues to downsize its programming and say adieu to CEO and Director Piers Handling for its 2018 edition, a noted number of titles which one would normally see the fest share with Venice and Telluride were hemorrhaged for whatever reason (talk of last-minute invites and programmer bias potentially accounted for titles like Suspiria, The Mountain, and The Nightingale being absent despite their pedigree). Against all word-on-the-street odds, Bradley Cooper’s remake of A Star is Born surprisingly didn’t snag the coveted People’s Choice distinction, which is usually an indication of a Best Picture Oscar nod, and this year fest favorite Green Book from Peter Farrelly took the award (with Barry Jenkins’ third feature If Beale Street Could Talk taking the runner up).

As TIFF’s competition program, Platform, enters its fourth year, Chinese filmmaker Wi Dang Ho won top honors for Cities of Last Things from a three-person jury chaired by Bela Tarr, Lee Chang-dong and Mira Nair. While Platform has yet to carve out a major identity for itself or elevate its winning title (past winners are Hurt, Jackie, and Sweet Country) thanks to this accolade, one hopes TIFF will allow the jury to give out other awards in the Platform program, like other competitions. Of the twelve competing titles, a handful of award worthy screenplays, performances, and directors could have benefitted from shared wealth (like Karyn Kusama, Markus Schleinzer, and Emir Baigazin, who did receive an honorable mention for The River).

While many griped about a dearth of laudable performances and a lack of masterpieces amongst the still sprawling TIFF program, there was much to love (and a lot of fantastic weirdness, if one looked for it). Steve McQueen’s Widows and Jacques Audiard both presented superb new projects with surprising dimension, while the return of Markus Schleinzer (Angelo), the continuously prolific Radu Jude (I Do No Care If We Go Down in History as Barbarians), the stellar pairing of Melissa McCarthy and Richard E. Grant in Marielle Heller’s Can You Ever Forgive Me? and David Gordon Green’s reprisal of Jamie Curtis in Halloween might not have broken into my top ten favorites but were all laudable and worthy of attention. Last year, First Reformed topped my best of. Here are my top 10 favorite new titles at TIFF 2018:

Argentinean director Pablo Trapero has been a notable international voice since 2008’s Lion’s Den, while 2015’s The Clan won him his widest acclaim to date. With his latest, the French co-pro The Quietude, Trapero casts his wife (a usual collaborator) Martina Gusman opposite Berenice Bejo as two sisters coming back together upon the death of their father in Argentina. Their family’s estate and how it was inherited by the father is being questioned by the authorities. But Trapero’s film goes well beyond the sins of the country’s past, presenting the most perverse portrait of intergenerational incest since Marco Ferreri’s The Story of Piera (1983). Fun, weird, and perverse, it’s a bit of tawdry delight at the arthouse.

Fans of Isabelle Huppert eat your heart out in the closest thing to outright camp we might get to see her in. Jordan’s fun B-film recalls the horror hag days of the aging American studio actresses in 1950s and 60s Hollywood. From our TIFF review:

Huppert, who is still fresh off a career high thanks to the post-Elle Oscar nod, seems to relish the opportunity to become completely unhinged, and Jordan riffs off her The Piano Teacher (2001) role quite effectively. Audience members mildly guffawed upon learning a secret about her character’s ethnic heritage, which isn’t too far removed from something like the twist in 2009’s Orphan (only more superficial and not as necessary). Huppert’s brooding Greta comes across like the similarly unbalanced Tallulah Bankhead in the 1965 cult classic Die! Die! My Darling, in which the esteemed stage actress terrorizes Stefanie Powers in similar fashion.

From our TIFF review:

Entertaining and unfolding much like an old-fashioned Sacha Guitry vehicle wherein its flurried, busy-bodied characters finds themselves inextricably enmeshed in topicalities they’ve mistakenly used to create or pervert their own core realities and ideals, Non-Fiction goes down like a sweet blast of bubbly, fading into a rosy glow by its end credits.

Oscar winning Mexican director Alfonso Cuaron now has the distinction of being a Golden Lion winner with his masterful new film Roma. Focusing on the live-in maid of an upper-middle class family in the Roma district of 1970s Mexico, Cuaron creates his most intimate achievement yet and serves as his own DP in this beautifully shot black and white drama.

From our TIFF Review:

Reygadas resists spurious melodrama with a familiar subject often only explored superficially. If his rendition feels repetitive, it’s because the situation itself is, for while love may be one of life’s sublime experiences, the fluctuating joy and desire between two people can also transform into Sisyphean hellaciousness (and following the advice of Tarkovsky, this is a film which tests audience investment with its overarching first hour). Reygadas touches upon this here—but for those who have never experienced such overwhelming discord or perhaps are triggered by its presentation, Our Time will likely be regarded as a lesser offering from Reygadas, which is a pity considering what it does accomplish with significant thoughtfulness.

From our TIFF Review:

Recycling Danish actress Sidse Babett Knudsen, who headlined The Duke of Burgundy, as the doomed model who last wore the dress before it was purchased by Baptiste, drives home the connective tissues apparent in In Fabric, and how capitalism is a mind-numbing reality which drives us further apart only to unite us mysteriously, and intimately, through the objects we logistically end up sharing. As the film’s unwitting victims slowly begin to realize something’s wrong with the dreaded red dress, someone asks “Do you think anyone buying these things gives a damn about what it all means?” Of course, the answer is no. And of course, therein lies the rub.

Following his history making Best Picture winner Moonlight, stakes are set high for Barry Jenkins’ third feature, which is also a major milestone as the first English language adaptation of a James Baldwin novel with If Beale Street Could Talk, originally published in 1974 (but previously adapted in 1998 by Robert Guediguian as Where the Heart Is). It’s safe to say Jenkins rises to the occasion, introducing the film with an explanation from Baldwin himself explaining the importance behind the meaning of Beale street, where the blues and jazz were born, giving voice to the lamentation of the Black experience in America, and the continual blatant and systemic racism which continues to be a defining reality. A subtle reflection on the conditioned resignation and hopelessness regarding the American legal system, Jenkins reflects the same poetic dissonance using the same location as Langston Hughes’ famed poem “Harlem,” which poses the same prescient question of the families irrevocably affected here—what happens to a dream deferred?

Dead bodies, time lapses, repeated imagery, and a suspicious narrator suggest the exotic brilliance of a Solaris (1971). Brittle exchanges of dialogue yield little hints which later seem to take on major import (such as what Binoche did to her kids back on Earth). What happens to each crew member, which includes an exciting supporting cast such as Mia Goth, Andre Benjamin, Lars Eidinger, and Agata Buzek, all beg to be reexamined, even as they expire, in familiar fashion, like figures in an And Then There Were None formula. Hopping back and forth between events on the ship further discombobulates, especially since Denis insists on a methodical, solemn procession. What will these children be used for? What will they be capable of should their infant bodies be able to survive radiation? Denis isn’t interested in answering any questions, or even posing them, really. Which makes High Life even more compelling, mysterious, uncompromising, strangely fetishistic, and enjoyable.

On a technical level, Kusama once again does wonders with her Los Angeles sequences (The Invitation was nestled completely in the Hollywood Hills). In Kidman’s pantheon of cinematic close-ups, DP Julie Kirkwood is responsible for capturing her own unique, and enduring interpretations of the actress. An homage to the countless film noirs which have operated in the seedy depths of Los Angeles, Destroyer is an admirably staged genre piece, while Kidman provides the ultimate tonic to the tried and true white male machismo which has defined this cornerstone of cinema, rivaling Eastwood, Bronson, and Willis with a fierceness demanding she be equally lionized alongside them.

Though it went home emptyhanded from the 2018 Venice competition, distributor Neon snapped up the rights to Brady Corbet’s sophomore film, Vox Lux. Featuring a larger than life Natalie Portman as a pop store born of carnage and the price she pays for her celebrity, it’s a discomfiting portrait of vapid idolatry surely not seeking to appeal to all tastes. Brooding, bitchy, and bold, Corbet molds light splashes of Grand Guignol into this fascinating Machiavellian tale of the new millennium. From the Venice Film Festival – our review.