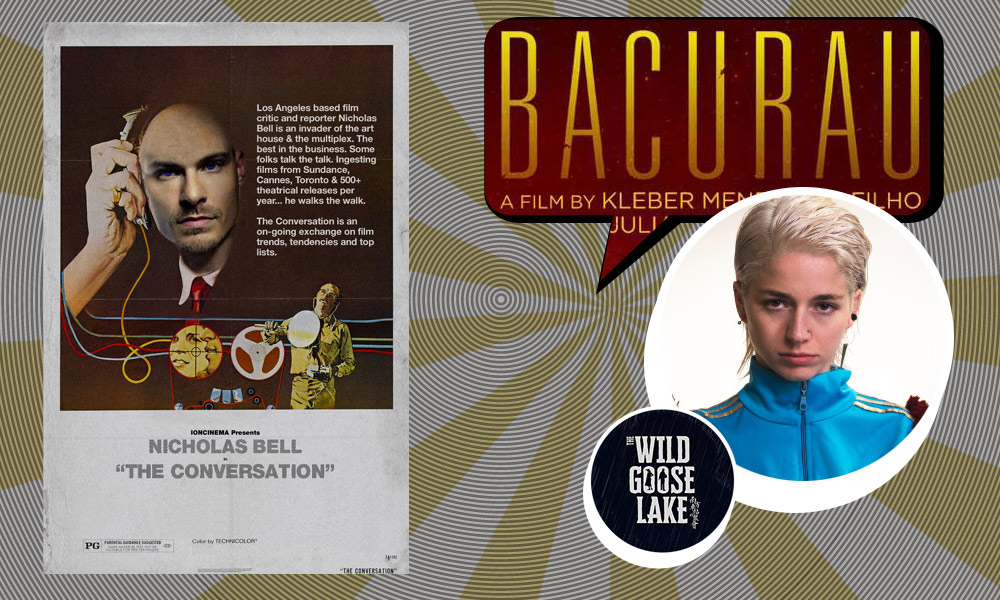 For several reasons, the 71st edition of the Cannes Film Festival was something of a slight progression, if at least for the number of newcomers invited into the competition, a distinction usually left to a coterie of European and American men whose reputations, often born from this platform, allow them unfettered, perennial access. Three women who had not previously been known as French actresses were invited to the competition in 2018, including the returning Alice Rohrwacher (who took home the Grand Jury prize in 2014 for The Wonders). Joining Eva Husson and Nadine Labaki were Ryusuke Hamaguchi, Sergey Dvortsevoy, Yann Gonzalez, Kirill Serebrennikov, David Robert Mitchell and Abu Bakr Shawky for their first time competing. Some of these were due to fluctuating power struggles—drama surrounding the rejection of Mike Leigh, Laszlo Nemes or Xavier Dolan (who ‘chose’ not to attend Cannes with The Death and Life of John F. Donovan) plus American studio power yearning for Oscar season campaigns which align more with Venice (hence Guadagnino and Lanthimos, for instance) made such surprises on the Croisette not only easy but necessary. At the same time, all the drama with Netflix, which shunted Alfonso Cuaron’s Roma off to Venice, where it won the Golden Lion, should ensure some kind of working agreement this year.

At the same time, what makes predicting who will be competing for the Palme d’Or so addictive are the usual suspects who will certainly be on deck (and, if not here, competing in Venice). While Berlin eschewed American voices in its 2019 edition, which marked the closing chapter of an era run by Dieter Kosslick, Cannes seems poised to present a few this May.

Of potential returning US filmmakers, at the top of the heap is Jim Jarmusch, collaborating once more with Tilda Swinton in The Dead Don’t Die. Also, Noah Baumbach, whose Netflix title The Meyerowitz Stories was one of the two streaming giant’s titles in the 2017 edition has a new star-studded project. Despite what is being mentioned as of late, James Gray’s big-budget Ad Astra should at the very least make premiere out-of-competition. But a whole slew of American filmmakers with new projects should be appearing somewhere in the mix. Some likely bets might be Josephine Decker with Shirley, a new untitled feature from Camera d’Or winner Miranda July, Benh Zeitlin’s Wendy, Benedict Andrews’ Against All Enemies, and Mobile Homes scribe (Directors’ Fortnight selection) Danielle Lessovitz‘s shot in the US debut Port Authority aiming for Main Comp down to Critics Week slots respectively. Of special note is Ira Sachs with Frankie, a film headlined by Isabelle Huppert and produced by Said Ben Said, a combination which suggests Sachs will compete for the first time in 2019. Look for the A24 folks to draw straws on what to bring to the Croisette with Ari Aster’s Midsommer (teaser trailer is dropping tomorrow), Robert Eggers’ The Lighthouse and Trey Edward Shults’ Waves as legit contenders.

Last year, Mandy and Leave No Trace were part of the Directors’ Fortnight line-up, so it is entirely possible that head honcho Paolo Moretti (or anyone from the Un Certain Regard programming or Critic’s Week teams) consider international premieres for Sundance titles Honey Boy, Share, The Last Black Man in San Francisco and Selah and the Spades. North of the U.S., Canada has Atom Egoyan’s Guest of Honor, a new indie from Denis Cote with Wilcox, Matthew Rankin‘s debut in The 20th Century and maybe even a return to form for Xavier Dolan with Matthias and Maxime.

And then there are the highly contentious French slots, usually announced last. Roman Polanski’s latest (and rumored to be last) title J’accuse might sneak him back into comp (he was last there in 2013 with Venus in Furs, though 2017’s Based on a True Story played out of comp). Arnaud Desplechin’s Oh Mercy, Celine Sciamma’s Portrait of a Girl on Fire, Rebecca Zlotowski’s An Easy Girl, and Justine Triet’s Sybil are some high-profile contenders (particularly Sciamma and Triet, according to early rumor mills out of Berlin).

There’s also Alice Winocour with English language Proxima, Valerie Donzelli with Notre Dame, and Lucie Borteleau with Chanson Douce. Meanwhile Bruno Dumont has Jeanne ready, though the Fortnight (where Jeannette, the Childhood of Joan of Arc premiered in 2017) seems the best bet. A sidebar also seems likely for Jean-Charles Hue’s Tijuana Bible. Bertrand Bonnello’s Zombi Child is rumored to be ready for Venice rather than Cannes, while Paul Verhoeven’s Benedetta has been delayed for completion due to unforeseen medical issues with the director. Michel Hazanavicius’ The Lost Prince seems more likely to premiere out of competition. Actress Mati Diop’s debut The Atlantides seems a potential for a sidebar, such as Critics’ Week or UCR. And then Quentin Dupieux shouldn’t be discounted with Le Daim. Julien Rappeneau‘s feel good film Fourmi could also be slated for the Directors’ Fortnight while Hélier Cisterne‘s De nos frères blessés and Boris Lojkine‘s Camille are legit sophomore films that could end up at the other end of the Croisette.

And then there are other French language items from their cousins in Belgium, such as the Dardenne Bros. with their topical Ahmed, a project which seems a no-brainer for the comp. Fabrice du Welz completes his Ardennes Trilogy with Adoration (2014’s Alleluia played Director’s Fortnight). Belgian duo Jessica Woodworth & Peter Brosens have The Barefoot Emperor, but Venice seems a more likely bet. Also, worth mentioning but increasingly unlikely is French-Tunisian director Abdellatif Kechiche, who has yet to present Mektoub, My Love: Canto Due after the mixed reception of Canto Uno in Venice 2017.

From Germany and Austria, the highest profile item is the long-gestating German-produced Radegund from Terrence Malick (though we’ve learned not to bet on Malick). Despite several high-profile German productions premiering out of Berlin (Schanalec, Akin), many were left curiously out of the mix, including Sebastian Schipper’s Roads—Cannes could be unlikely, but the theatrical release was just moved to the end of May. There’s also Katrin Gebbe with the Nina Hoss led Pelican Blood, whose first film Nothing Bad Can Happen premiered in Un Certain Regard in 2013. Then, Austria’s Ulrich Seidl could finally be ready with Wicked Games, while his fellow countrywoman Jessica Hausner has Little Joe. Worth mentioning is Christian Petzold’s latest project Undine, but recent interviews suggest he will be filming in the next several months, leading a release this year to be unlikely. From Italy, Carlo Sironi‘s debut film Sole (selected for Cannes’ Cinéfondation) could crack the Critics’ Week line-up.

From Russia, Kantemir Balagov (who made an impression with 2017 debut Closeness) might be invited to the comp with sophomore film The Beanpole. Also of interest are some returning Romanians. Corneliu Porumboiu has yet to play in the comp, but his latest (which has gone through several title changes, including Gomera, The Passenger and The Whistlers) is produced by Maren Ade. And then there’s the strange case of Cristi Puiu—he has yet to begin filming Hora Staccato, but he completed a French language project known as Malmkrog, which might snag a premiere (potentially in Un Certain Regard, where he was last on hand in 2010 with Aurora).

Considering Alejandro G. Inarritu has been announced as the 2019 jury president, it will be curious to see what Latinx titles will make it to comp (as several editions of the fest have not included any, such as 2017 when Almodovar was jury pres). It looks like Almodovar’s latest Pain and Glory should be a likely competitor. And Said Ben Said (who secured a comp slot in 2016 for Aquarius) has produced the next feature from Brazil’s Kleber Mendonca Filho (co-directed by Juliano Dornelles), a horror feature called Nighthawk. Also, Brazil’s Karim Ainouz has the period melodrama The Invisible Life of Euridice Gusmao, which could be a UCR title while Portuguese helmer Albert Serra should be ready with Personalien. And then Pablo Larrain has returned to Chile for the drama Ema while Argentina’s Juan Jose Campanella has The Weasels and Chile’s Alejandro Amenabar has While at War. From Mexico and first time works, we are keeping an eye on Fernando Frias‘ I’m No Longer Here and David Zonana‘s Mano de obra.

From Asia, there a few obvious titles. First and foremost, expect to see Hirokazu Kore-eda, who took home the Palme last year for Shoplifters, to be on hand with his French language debut The Truth, starring Catherine Deneuve and Juliette Binoche. Also from Japan, Koji Fukada’s A Girl Missing will be strongly considered. From China, Golden Bear Winner Yi’nan Diao (2014’s Black Coal, Thin Ice) could be a contender with Wild Goose Lake. Maybe less likely is South Korea’s Bong Joon-ho with Parasite (but if 2017’s Okja could compete, why not?) and Japan’s Kiyoshi Kurosawa with Uzbekistan co-pro To the Ends of the Earth. And China’s Flora Lau (whose 2013 debut Bends played UCR) has her Isabelle Huppert led Luz, for a likely return to the same program. Singapore helmer Anthony Chen‘s Wet Season is also a contender. His 2013 film Ilo Ilo was a Directors’ Fortnight selection.

And then other outliers would include Sweden’s Roy Andersson with About Endlessness, Denmark’s Jonas Alexander Arby with Suicide Tourist, Elia Sulieman with It Must Be Heaven, Afghan-French filmmaker Atiq Rahimi’s Our Lady of the Nile, and Morocco’s Nabil Ayouch with Positive School.

From other English-speaking regions, such as the UK and Australia, two-time Palme winner Ken Loach has Sorry We Missed You and Australia’s Justin Kurzel could return to comp with The True History of the Kelly Gang. Marjane Satrapi continues in English with Radioactive, a Madame Curie biopic.